The Bottom Line Regarding Nail Fungus

Toenails and fingernails are hotbeds for germs and dirt. Infections are commonplace among nails, specifically plant microorganisms known as fungi (e.g., yeasts and molds). Fungi infections are usually found in toenails and fingernails, particularly dermatophyte fungi. Animals and humans are also susceptible to nail disease from Canadian albicans, Trichophyton rubrum, and Trichophyton mentagrophytes.

The space beneath the nail, the dead skin around it, and the nail itself are all hotspots where fungi could spread. Protein fibers or keratins on the nail are things that fungi could eat to nourish themselves. Because of the insidious nature of fungi, it's possible for it to invade all ten toes and all ten fingers as it propagates. It's quite difficult to get rid of as well. You require podiatrist help in treatment and proper diagnosis.

Permanent deformation is possible for those who aren't careful in taking care of their toenails. This can cause extreme pain and suffering. With that said, here are the known symptoms of this condition. 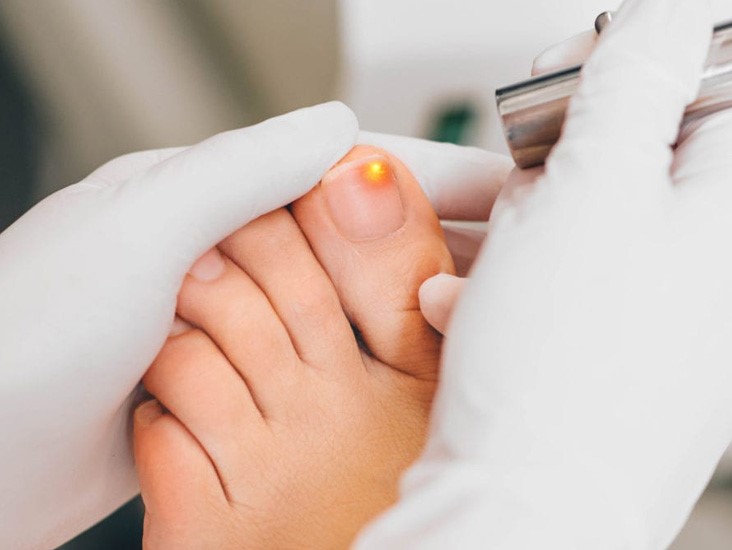 You can use lasers to permanently get rid of toenail fungus. Prior to the procedure, your toenails are cleaned and filed. The treatments come consecutively, and they treat each nail one after another. It takes seven and a half minutes to finish one foot and 15 to go through all ten toes on both feet. Most people have cured infections after treatment is done. To prevent fungal reinfection, your podiatrist might prescribe anti-fungus drugs.

After treatment is over, you can go back to your daily activities post-haste sans post-operation healing or recovery. For severe or chronic fungal toenails and fingernails, you might have to go through multiple laser treatments to kill 100% of the germs. Every four weeks, you have to undergo two to three sessions. After the fungi is all gone, healthier toenails should start sprouting out within two to four months while the diseased nail grows out.

Dr. Arshia Roohian is presently offering her podiatric services to the following cities: Mission Viejo, Laguna Hills, Lake Forest, Rancho Santa Margarita, Irvine, and Laguna Woods. She also provides professional and dependable therapeutic foot procedures dealing with fungus toenails. She even does the fungus toenail laser therapy every day, so make your appointment with her in real-time on the Internet.